Another week ahead for BBC 6 music as the new schedule settles in. We're still not used to hear Keaveny in the afternoon although his morning absence is in part atoned by Hawkins' extra half-hour. They seem to be 'over-promoting' themselves a bit still, as if people were really thick and not realising Laverne is now in the breakfast slot etc. She was even on The One Show this week to promote her own show. Desperate?
Anyway this week Lammo is on his travels as he visits 'independent' venues around the UK starting with Edinburgh on Monday, York on Tuesday, Worcester on Wednesday, Bedford on Thursday and winding up at the 100 Club on Oxford Street no less for the Specials, er, special live performance. Good to see they've chosen the not so obvious usual cities (Liverpool, Manchester, Brum et al.)

This week's playlist begins to see some new stuff at last although 2018-veterans Maribou State, Charlotte Gainsbourg, Stealing Sheep and Lizzo are still coming up more or less every hour - not that we disdain any of those of course. However, the best new track of 2019 so far seems to be this new one from Foals which is very catchy and even has a kind of 80s-production vibe to it. It's rightly on the A list (and on Radio 1's B list). New album coming in March (and another in the autumn!) Meanwhile,enjoy: 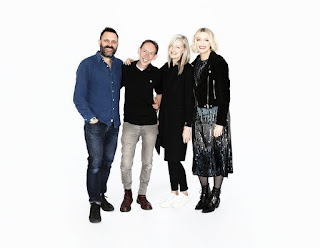 The much anticipated new daytime schedule is already in full swing on 6 Music with - if you needed reminding - the following line-up as from Monday 7th Jan.:


Hawkins seems to be dealing quite well with the extra half-hour (he calls it the new conservatory extension), which is also quite welcome. He's introduced the new "Exit Music" feature towards the end of the show (penultimate track played) whereby listeners can request a song for leaving the house in the morning.
Laverne is trying very hard (too hard?) with the arduous task of taking over from Keaveny although of course it's practically an impossible task and she is quite rightly doing her own thing. We here at LiM are still sadly missing the earworms, the Parkinson theme, Hill Street Blues and even Let's Play..Pontoon! (and Georgie).
Admittedly we haven't been listening to Hobbes or even the new Keaveny properly in order to pass any judgement. Time will tell.
Lamacq plods on and this week is featuring forgotten 80s tracks (thanks for reading our mail, Steve). Roundtable Thursday afternoon and Friday Free For All carry on as usual.

Radcliffe & Maconie (sans Maconie, for now) take over the weekend Breakfast Show but we're not expecting any big surprises there, although wondering how he/they will cope with the early start!

25 Years of Rock has been extended to include the extra 5 years of 30 Years of Rock, which finishes on Friday, to be replaced by Alan Freeman's epic 1994 series The Story of Pop starting Saturday.

New Order have announced a bumper re-issue package for their 1981 debut album Movement. A series of replica 12" singles from the same period, characteristically not included on the original album, will also be issued in the run-up to the Movement box-set date, 5th April 2019.
The 12" re-issues are:


The Movement "definitive" four disc box set contains the original album both on 180 gr. vinyl and on CD (remastered?), a second CD of 18 previously unreleased tracks (demos, rehearsals etc.), and a DVD of live concerts, TV performances of Movement tracks. The box is currently available to order with a price tag of around £110.00.

The first three solo albums by David Sylvian, Brilliant Trees (1984), Gone To Earth (1986) and Secrets of the Beehive (1987) and the "intermediary album" An Index of Possibilities (1985) are all to be re-issued on 180g 'deluxe vinyl' in 2019. Although it's not specified if the audio has been remastered in any way, there are some changes to the artwork and presentation. Whiole retaining the same front cover photo, the solo debut Brilliant Trees is now housed in a gatefold sleeve, while the other three LPs all feature brand new artwork with printed inner bags. The revised artwork has not found favour with many die-hards although via facebook, the man himself had this to say:


As the original art for my albums had been lost/destroyed on its journey from one label's stewardship to another, I decided against scanning pristine copies of the original vinyl covers (as Universal did with the recent Japan reissues) and instead create a series that works as a ‘collection’ incorporating new photographic prints and design elements. With no budget, but access to Yuka's archives and Chris’ design contributions, we feel we've created something beautifully expansive as will be evident once the set is seen in its entirety.

the first in an occasional series.. 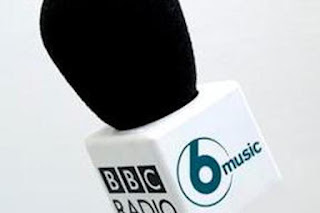 After the nearly-Christmas 'end of an error' festivities on Friday, 6 Music starts off the week running up to Christmas with quite a few 'stand-ins' as presumably folks are off to do their Christmas shopping.

*errata corrige: LL is back from Tuesday, TR having stood-in one day only. That's not to say she wasn't preparing her new Breakfast Show mind.

I can't remember why I started listening to BBC 6 Music on a regular basis but I know I started around May of this year (2018 AD), a few weeks before their Biggest Weekend in Belfast. I'm quite an avid radio listener and have gone through various phases over the last few years, especially as far as listening during my one-hour (or more) morning commute to work is concerned. I've listened to various Italian stations (including a unusually entertaining economics/politics show on Radio 24, the host of which suddenly and mysteriously 'disappeared') but they are on the whole dominated by annoying adverts, which are a pet hate of mine, even on UK commercial stations. You can't avoid them here because they're on the state broadcaster radio & TV stations too.

A few years back I moved on to BBC Radio 3, especially the Breakfast show, and became particularly fond of Clemency Burton Hill, who much to my chagrin found a rich husband, bore a child and then moved off to NYC. Clemmy aside, I enjoyed at least trying to listen to and appreciate classical music via R3 (a lifetime goal, still unrealised), also due in part to the fact that I was disillusioned with the state of modern music, which seemed of little interest to me.
I've also been through various Radio 4 programmes, especially the quizzes, plus In Our Time etc.. For most of 2017 my morning listening routine was Farming Today, Tweet of the Day, Today ...then over to R3 Breakfast. I had become the perfect late middle-aged, cultured, listener of 'posher' radio.

I had approached 6 Music listening on an irregular basis over the last 7/8 years or so, but what they were playing seemed a long, long way from my musical tastes, which were sadly very much connected to stuff I'd been listening to during my late teens/early twenties. I just didn't get new 'alternative' music just as I didn't get the mainstream pop/charts music. However, for some unknown reason I switched on to BBC6 last Spring and have been hooked ever since to some of their regular shows. The early-risers Chris Hawkins and Sean Keaveny* have become my favourites over the year, but even via the youngster Tom Ravenscroft (imagine my surprise when I discovered who his father was) and others such as Lauren Laverne. Nemone and the somewhat more annoying Steve Lamacq and Radcliffe & Maconie, I have at last got my finger, at least partially, on the pulse of modern 'alternative' music which seems to be in a fairly healthy state.

For the first time in many many years I have been able to create a decent playlist of songs from a  current year. I'll be reviewing a few of the best from 2018 over the next few posts, so, er, stay tuned.

*It was announced a few months ago that BBC 6 would be undergoing some major changes in 2019, including Sean Keaveny leaving his breakfast show slot to move to the afternoons. Apparently after 11 years and 8 months he was knackered. This was quite a blow for me as his show really did make my morning commute a lot easier. The man has even read out some of my 'earworm' emails over the past few months, even choosing mine to be played on one occasion. We have also exchanged e-mails, which I thought was really good of him. As I write, I am listening to his last ever Breakfast Show. Thanks Sean - it's been a privilege and a laugh.
a 13:06 No comments:

David Sylvian's compilation albums Everything and Nothing and A Victim of Stars 1982-2012 are available for streaming on Spotify for the first time from today.

Digital downloads of both are also available on amazon with issue date 03 November 2017 although not sure if they've been available before today. 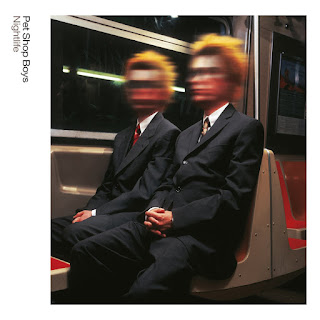 Another Peel mixtape this time from May 1979 when a lot of interesting new stuff was coming out. I've stretched it to a C90 this time and waived the one track per artist rule (Tubeway Army, Undertones) and there ar no sessions. As always, I'm limited to what is documented on the Peel Wiki and what's available on Spotty-fy. Anyway, enjoy! 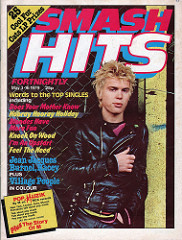 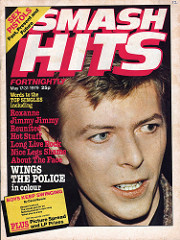 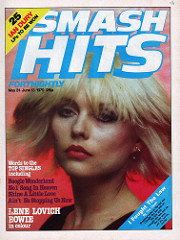 Here's my first playlist / mixtape of tracks from John Peel shows, from January 1980. Rules are that tracks (singles, album tracks sessions etc.) were played for the first time around the stated period, and try to keep it to  max. 60 mins (30 mins each side), and one track per artist (unless there are more worthy of playing, eg. in the case of a session..). Playlist available on Spotify. 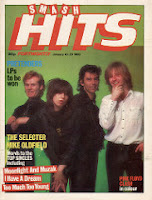 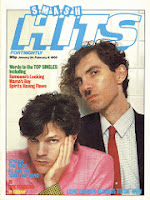 A week or so after its official release, here's the video for Depeche Mode's new single. 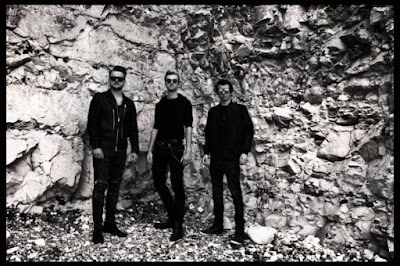 Well, possibly that's because one of us is Martin L. Gore's nephew! (not sure which!) and his name is Dean M. Oldfield (not M. as in Mike, we hope!).