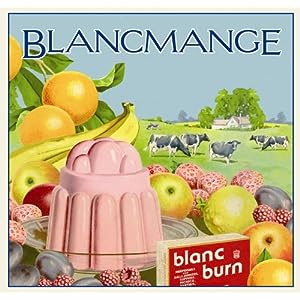 Email ThisBlogThis!Share to TwitterShare to FacebookShare to Pinterest
Etichette: 2011, blancmange 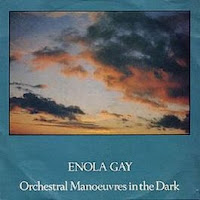 Enola Gay - Orchestral Manoeuvres in the Dark
"Many people simply don't know what it's actually about. Some even thought it was a coded message that we were gay. We were both geeks about WWII airplanes. The most famous and influential single bomber was Enola Gay. Obvious choice for us, really." Thus Andy McCluskey, OMD frontman and writer of this seminal 'eighties' song which started to climb the charts thirty years ago this week.
It may seem incredible after all this time people still don't know what the song's about, although to be fair there never was any direct reference to the first atom bomb used in warfare and the plane that dropped it on Hiroshime, either in the video, the cover or perhaps in the up-tempo happy go lucky music itself. (Was there something immorally wrong about a bouncy, electro-poppy dance tune which almost seemed to celebrate the plane and its doings?). But that's those geeky OMD boys for you ...they write a good song and you can whistle it, dance to it, and even please your parents with it but the lyrics almost always have a deeper meaning. 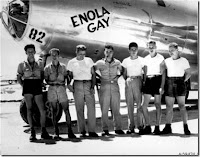 "It's 8.15, and that's the time that's it's always been" it's not about what time you get up in the morning but it's the hour at which the bomb was actually dropped. "Is mother proud of Little Boy today?" isn't about little Johnny coming top in maths it's the code-names used for the plane and the bomb respectively. "This kiss you give is nevr gonna fade away" isn't about the smacker your grlfriend gave you last Saturday night, it's the impact of the first atomic bomb falling to earth and how it affected the rest of history. Geddit now? Oh and no..it's nothing about being gay either.

The song was of course the band's breakthrough into the top ten and a wider audience, even after the success of Messages earlier in the year. Although it was the only single off the Organisation album (more of that later..) the track was strong enough to see them into the even more successful Architecture & Morality period almost a year later. Big hair was out, smart shirt n ties and granny-knit tank-tops were in in.

Whatever you may think about OMD's Enola Gay - cheesy, annoying, superficial, immoral, ace, totally brilliant, life-changing (ahem), - it's certainly one of those tunes that has entered into the public conscious worldwide; you can't mention "Enola Gay" in a historical context without feeling the urge to whistle a bar or two, and you can't hear it come on the radio without wanting to sing or hum along or even air-synth or do a funny dance to. No you can't. Just try.


Those wishing for something other than the tried and trusted hit version should give the more downbeat pre-Mike Howlett Peel Sessions version a listen or two, recorded earlier in 1980, and featured here. Avoid the dreadful 1998 Sash! remix like the plague..

Darkstar: Gold - Taken from the album North, released on Hyperdub on 18th October 2010. 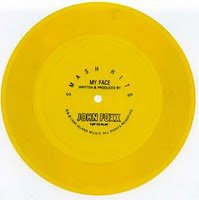 Not so much a tribute to the song (you've had your share already John Foxx!) more a homage to the format itself. Smash Hits, and others, occasionally gave a way a free coloured flexi disc with their fornightly magazine, which was a pioneer publication in covering music trends in a unique style. The Foxx track was released in such a format 30 years ago this week.
Smash Hits flexis seem to have been mostly by artists on Virgin - Squeeze, XTC, Skids, OMITD; Foxx - a label which, as already mentioned, was particularly aware of new sounds and new means of distributing music to the kids., although later other labels took up on the idea and occasionally issued pieces of wobbly plastic via SH and other mags too. The Flexi-Pop! magazine was lanched in 1980, and had a free flexi disc each issue, often with exclusively recorded songs by bands of the moment (Soft Cell, Depeche Mode, The Jam, Haircut 100..)

The sound quality of the track(s) on the discs were never excellent of course, even by vinyl standards, and more than often you had to put a 10p piece on the needle or on the centrre of the disc itself to make sure it played properly on yer record player. But this was 1980, we didn't worry too much about scratches and, hey, they were free!


This particular track by Foxx remained exclusive to this release right up until the year 2000 when it finally saw the light of day in non-flexi form on the Modern Art compilation. Its total electronic style was in keeping with the year's Metamatic, although according to SH blurb the song "is just one of the forty or so tracks that the man has been working up while preparing for his second solo album". Ironically it was his last 'electronic' song to be released before moving on (or back) to a more 'organic' sound with drums and guitars with The Garden and susbequent 80s albums. Foxx would return to electronics some ten years later with the Nation 12 project with Tim Simenon in 1991 and again from 1995 with Louis Gordon. He is currently working on electronic music with producer and all round analogue geek Benge as John Foxx & The Maths.