Revolutionary recording engineer Joe Meek is the subject of a new film to be released this summer. (source: The Independent)
Active in the late 50s early 60s Meek took music recording out of the white-coat boffin world and literally into the bedroom setting up recording studios in his Holloway Road flat.
Meek, who comitted suicide in 1967, is acknowledged as one of the world's first and most imaginative independent producers. He wrote created the legendary 'Telstar' track, the first British single to reach number 1 in the USA.
Meek's concept album I Hear a New World is regarded as a watershed in modern music for its innovative use of electronic sounds. Other well known tracks written or produced by Meek include 'Have I the Right' by The Honeycombs and 'Johnny Remember Me' by John Leyton. All Meek's works feature a distinctive sound and he is often compared to US producer Phil Spector, with whom he allegedly had an enraged telephone coversation, accusing the American of stealing his ideas. He is also said to have discarded an early Beatles demo tape calling it 'rubbish'.

He was known for his interest in the occult and the spiritual world (as echoed in the "new world" album) and often set up recording equipment in graveyards in an attempt to record voices from 'the other side'. Séances and ouija board sessions were a regular event in his Holloway Road flat/studio. Meek was however prone to fits of depression as well as being obsessive in his work and methods. His then illegal homosexuality is also said to have put him under frequent pressure . He committed suicide in his London flat on February 3rd (the same day as buddy Holly's untimely death) 1967 after shooting and killing his landlady. 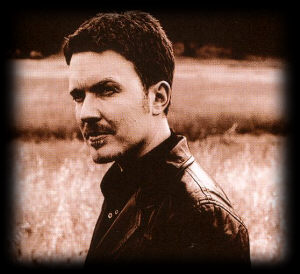 Small Metal Gods is "probably the title of the upcoming single taken from the long awaited album Manafon. Manafon is about to be released this summer. The recording sessions have been filmed while in progress. There is a small possibility that these will be released later on DVD.

David himself describes (the album) as:

It's almost certain that the following contributers will be included on the final cut: Keith Rowe, Sachiko Matsubara, Evan Parker, Christian Fennesz, members of Polwechsel, Otomo Yoshihide and John Tilbury.

From good sources it is told that there are no percussionists! The basic arrangement is an improvised backdrop with spare overdubs supporting Sylvian’s voice. Lyrical themes concern the loss of faith, life as a quixotic and isolated individuals and creativity.

..and speaking of Liverpool, the history of legendary punk/new wave club "Eric's" is now available as a big, fat book wonderfully entitled "Liverpool Eric's : all the best clubs are downstairs, everybody knows that... " by Paul Whelan & Jaki Florek is now available through Feedback or amazon.

Eric's was the venue in Liverpool from 1976 -1980. Its impact on the Merseyside music scene is legendary.

Eric's, like the Cavern Club before, provided a stage for talented local groups to explore their musical abilities and interests with like-minded people. The club staged music rarely heard in other city centre venues - everything from jazz, reggae and folk music to performance art and poetry, and especially punk. 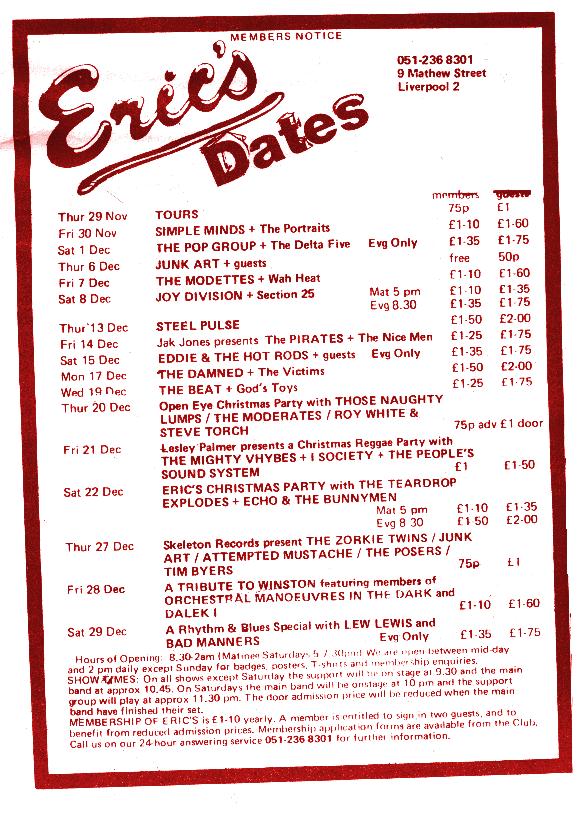