I'm still waiting for my copy of the new Depeche Mode album, Delta Machine, which the whole world and his dog seems to have heard by now. (Ama-zon are respecting their delivery date this time instead of pleasantly surprising this patron as they usually do by delivering early..)

So in the meantime here's the second installment of the occasional series in which we compare what music bands are producing now as opposed to what they were doing thirty years hence.


And indeed here are ver Mode with their January 1983 inter-album single Get The Balance Right. This song did in fact see the band moving away from the sloppy pop songs (See You) of A Broken Frame to their more 'socially aware' output which would become so evident in their Construction Time Again album later in the year.
The video, and presumably the recording of the song, was the first to prominently feature new member Alan Wilder who played such a large part in the group's sound and indeed character until his departure,  ten years or so into the future. The 12" 'Combination' mix of GTBR was particularly ace, and is apparently hailed by some as being the first "house" track given it's bass-heavy rhythm and chunky sound.

Fast forward to 2013 and thirty years, ten studio albums, hundreds of live dates and as many personal crises later and we are in a very different mode (cringe..) indeed. That said, the March 2013 single Heaven touches on by now regular topics of religion, redemption, suffering etc. in a reet bluesy number, but which definitely hits the spot in being ultimately catchy and, well, Depeche Mode-y. New album awaited with the usual trepidation.

Love these photos of John & Yoko, posted over at Meet The Beatles For Real, marking the couple's wedding anniversary.
The pic shows John & Yoko during the trip to Scotland they took in June 1969 with their respective offspring, Sean and Kyoto, after all the 'honeymoon' fuss with the Hair Peace / Bag Piece stunts. 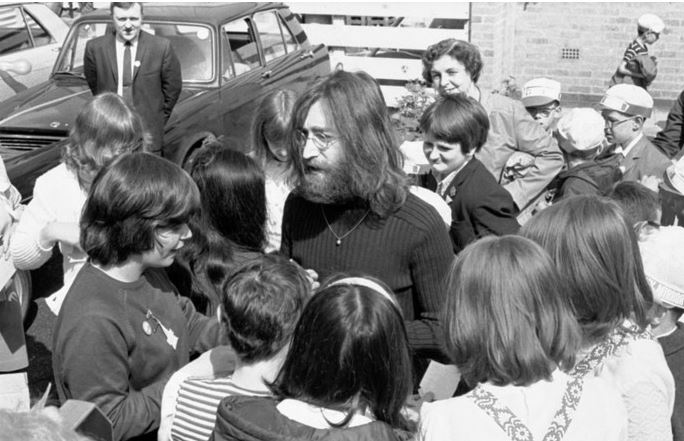 I like the way the photos show them as both 'normal' people but at the same time sort of alien to the rest of everyone else as they visit schools and other places in small Scottish communities. 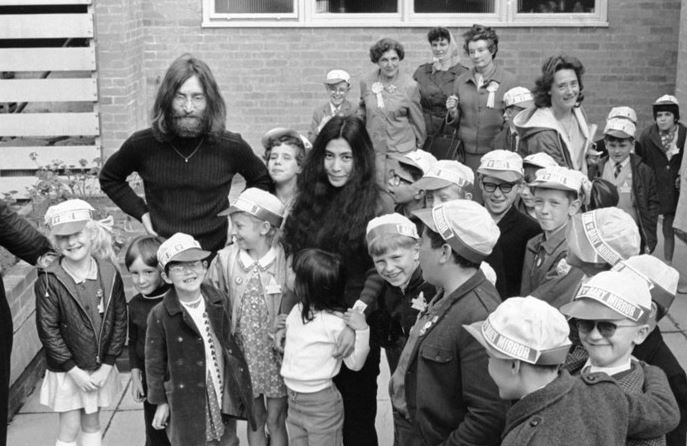 Why have all these kids got matching caps?


Sadly, the happy (extended) family had a car accident later on in the trip, Golspie on July 1st to be precise, apparently due to John's rather wreckless driving...(well he was used to being driven round London in a Rolls rather than driving a mini around the highroads and low-roads of Scotland). John, Yoko and Kyoto all had to have stitches. "If you're going to have a car crash, try to arrange for it to happen in the Highlands. The hospital there was just great," Lennon quipped.
July 1st was also the date recording was start to begin for what was to become The Beatles' Abbey Road album. John didn't make it until the 9th. Naturally Yoko went with him although they had a double bed brought into the studios from Harrod's so Yoko could still get plenty of rest. She was carrying Lennon's child.

Happy Birthday to us