I Love 1981 - pt. 13
It was thirty years ago this month that Depeche Mode's second single New Life was released, beginning it's steady progress into the charts and effectively becoming the Basildon band's breakthrough single. 'New life' and indeed new blood was effectively brought onto the music scene, which notwithstanding the odd post-punk quirk such as Adam Ant, Toyah, Ultravox or The Specials, was still very much dominated by Americano disco - Jacko, Smokey, Odyssey, Champagne et al or Radio-2 friendly MOR homegrown pop-pap such as Shakin' Steves, Bucks Fizz, Elaine Paige, Phil Collins and so on and so forth.
We may think of 1981 as the year of shiny new synth pop but save for The Human League's Sound of the Crowd, already slipping away, and, say, Landscape, the all electronic-pop genre was still pretty much in its infancy and had yet to be embraced by the general public or even the yoof of the day.

That said, Britain was slowly awakening from it's seventies tupor and pop culture was starting to become a little more colourful. "Funny clothes" weren't a problem as we'd already had Spandau Ballet. 'Poofy' haircuts too had already been broken in by Duran Duran, so enter the-even-more-poofily-named Depeche Mode who, like The Human League before them, confounded TOTP cameras with the no guitarist or drummer line-up and did their damn hardest to get the audience to dance along with them, clumsy as they were themselves.

Despite being catchy, danceable and inevitably chantable, the Mode's breakthough single was still very much an uphill struggle, and took a full 8 weeks to reach its peak in August, even then just failing to reach the Top 10. But it was still early days for what was to become one of Britain's biggest music exports. Little did they know that as they famously lugged their hefty keyboards around on London trains to reach the BBC studios (there would be two more TOTP appearances of New Life as well as other pop shows), the Basildon boys (save for Vince Clarke) would one day be playing to crowded stadia worldwide.

True to the band and producer Daniel Miller's innovative form, both New Life and the B side Shout! were among the first ever tracks to be given the extended remix treatment, and issued as a 12" single, a trademark which holds true to this day with their second triple CD remix compilation just out, thirty years on. Operating, generating....

Here are long-lost and quickly forgotten Scottish no-hopers The Scars on OGWT in 1981 introduced by a rather pasty and somewhat bloated Annie Nightingale, bless.
My thanks to Brian at Like Punk Never Happened for reminding me to forget them again.

Email ThisBlogThis!Share to TwitterShare to FacebookShare to Pinterest
Etichette: 1981, OGWT 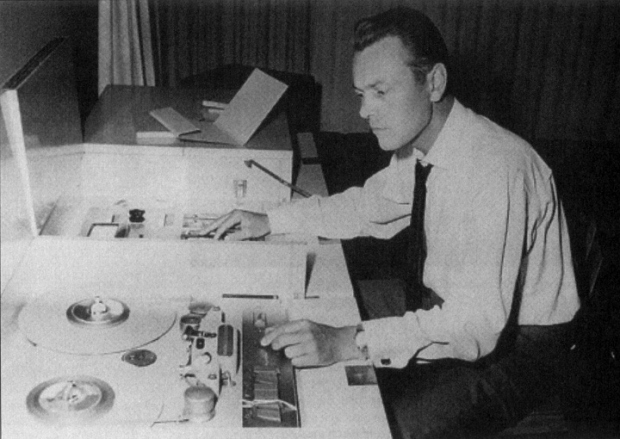 Email ThisBlogThis!Share to TwitterShare to FacebookShare to Pinterest
Etichette: 1961, beatles

I Love 1981 - 12.1 / 12.2
Another double whammy in this week's installment of the popular I Love 1981 series. Not that we like to label artists or anything but here are 'contemporary' musicians and composers Jean Michel Jarre and Vangelis who both published instrumental albums around this time 30 years back.
Vangelis is perhaps the better known opus: the soundtrack to 1981 period flick Chariots of Fire, which went on to win four Oscars - including best 'picture' and original music score - as well as the all important BAFTA. The film's main theme has been used in a thousand parodies and slow-mo sports-related scenes throughout the years. The famous athletes-running-along-the beach scene was originally meant to feature another Vangelis track "L'Enfant" although the Greek composer had different ideas and wrote a whole new theme and film soundtrack.
What was so brill about it was that it set modern synthesiser style music to a period film set in post-Great War Britain, a juxtaposition which was fairly unique, effectively inverting Kubrick's similar trick of setting classical music to futuristic scenes in 2001: A Space Odyssey.
Full marks and top prizes then to Vangelis (real name Ευάγγελος Οδυσσέας Παπαθανασίου), for his immortal theme from an album which remained in the Top 100 for an incredible 103 weeks, fact fans.

On then to Jean Michel Jarre's brand spanking new bilingually titled Magnetic Fields/Les Chants Magnetiques (get the pun?) album. Having made loadsa money with previous albums Oxygène and Equinoxe a few years previous, Jean Michel had invested the cash in loadsa new technology including the new-fangled sampling synthesisers, creating, compared to Vangelis' Chariots, a much more modern and bouncy style for the shiny new eighties. Magnetic Fields Part 1 (all of side one) is a mostly up-beat affair split into three movements with just a slower middle bit to let you take a breather amongst all this new technology, and on side two you're straight into the clattering electro clap-trap of Magnetic Fields Part 2, also released as a single, which brings Frenchy style folk music into the Euro-disco synth-pop age. Gènial! The closing Magnetic Fields Part 5 (The Last Rumba) is just what it says on the packet - a straightfoward rumba rhythm again set to a tradtional-style tune updated to the modern age. Cheesy but it works.
Much is made of the sounds of trains and boats and planes, a nod to musique concrète as well as initial experiments in sampling. As for the pop-beats, I'm pretty sure Vince Clarke and pals must have listened to this while working on Speak & Spell. "It remains a rare case of an electronic composer exercising his sense of humor and humanity," says this review of the album and that's just about right. It even got a good review in pop-mag Smash Hits. World domination starts here. The BBC's flagship arts show Imagine returns to BBC One at the end of this month with a couple of interesting episodes for John Lennon fans.
On Tuesday 12th July, Imagine: Lennon In Limbo delves into Lennon's life following his move to New York City, as well as his relationship with Yoko Ono. Featuring never-before-heard studio recordings from the Double Fantasy sessions in 1980 and never-before-seen outtakes from Lennon in concert and his home movies, the film reveals a wealth of new insights.
The following week on the 17th Imagine: Harry Nilsson – The Missing Beatle, focusses on the story of the riotous life and music of Harry Nilsson. Nilsson, a friend and hero of Lennon's, was one of the most successful, influential, but least known, songwriters of his generation (it says 'ere). They had a, er, few beers and laughs together during Lennon's time in LA when he had a bit of a "lost weekend", being separated from Yoko for 18 months in 1973-74. 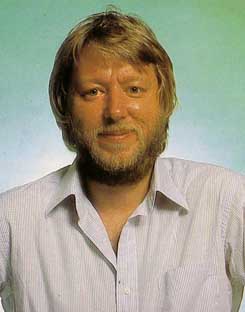 Seem to be doing a few too many 'RIP's lately but unfortunately there goes another.. Producer Martin Rushent has died aged 63.
Us electro-poppers know him best for his work wuth The Human League on 1981's ground-breaking Dare and a year later with the innovative 'Love & Dancing', effectively one of the first albums based on 12" mixes.
He totally transformed The League of course in 1981 when he picked them out, shook them up ..and turned them into someone new. His first work with the band 'Sound of the Crowd' was in the charts 30 years ago. He was their George Martin, giving the band a distinctive musical style, perfectly reflecting Phil Oakey's visual ideas, transforming them from sci-fi geekdom into stars of TOTP. He eventually fell out with the band during the making of a Dare follow-up although still gave us the very wonderful single (Keep Feeling) Fascination.

Apart from his work with the League he also produced many bands in the late 70s such as The Stranglers, XTC, French band Téléphone and The Buzzocks. Indie band Altered Images, were also given a sound and style makeover by Rushent, similar to the Human League's, with their Pinky Blue album. He also assisted Buzzcocks' vocalist Pete Shelley in making a noteworthy 'electro' album Homo Sapien in 1981.
Continuing to work through the eighties he also returned with The Human League with two tracks on their ill-fated 1989 album Romantic?: Heart Like a Wheel and Get It Right This Time. There had recently been talk of a special re-issue of Dare! featuring, bizarrely, drums and guitars.

Here's a few of his better known recordings for your listening pleasure. Rest in peace Martin, and thank you.