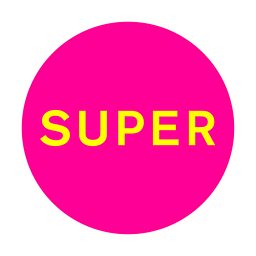 01.04 Pet Shop Boys - Super
- new album out lready and certainly their best for a long time. Now on heavy rotation at LiM - plenty of electro-dance stuff with a few slower numbers chucked in. Fave tracks atm: Groovy, The Pop Kids, The Dictator Decides

08.04 All Saints - Red Flag
Bit of a throwback to the nineties rather than the usual eighties, although these lovely ladies have always produced quality pop music so their new comeback album has been worth a listen.  Fave tracks atm: One Strike, Red Flag. 08.04 The Very Best of Associates
- while waiting for re-issued remasters of their first three albums (including Sulk on vinyl) here's something to tide you over. 2 CD collection including a lot of previously unreleased material.


15.04 Phil Collins - No Jacket Required
Phil Collins continues his re-mastered deluxe re-issue schedule (inclusing updated cover artwork) with his  third album origianlly released in 1984. Includes hits such as Sussudio and One More Night, with the by now customary live performances and demos on the extra disc. Out in both CD or clear 7" vinyl format, this is the official release of tracks which have going round on bootleg for some time now. The recordings pre-date Simon Le Bon as vocalist and, obviously, their first hit singles and album in 1981, so definitely for curiosity's sake only.

Pet Shop Boys are very much in vogue again at the moment what with a new album and no less than 30 years of pop music making under their collective belts. Radio 2 dedicated a special documentary series to them in fact.

On a warm spring day in 1984 I remember, as a student, going into a record shop in Morecambe Lancs., and fishing out a 12" single from the bargain bin. It was the first release by Pet Shop Boys entitled West End Girls - an extended mix by Bobby Orlando on the A side and another song, appropriately called Pet Shop Boys, on the flip. I'd heard of them via Smash Hits - Neil Tennant was famously a former journalist on the fortnightly mag - so I bought it, took it home and listened to it quite a lot. That record, together with Shannon's Let the Music Play and Depeche Mode's People Are people were on heavy rotation during those warm early summer days indoors. 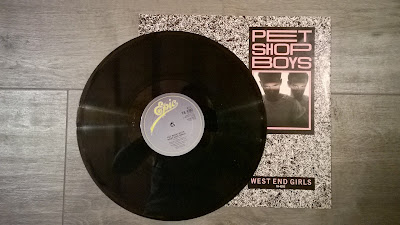 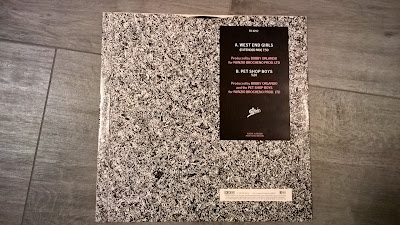 It wasn't until a few months later that pet Shop boys had a hit with the song West End Girls, although it was in a radically remixed form with beefier drums, trumpet and a female backing vocal, which gave it a bit of extra oomph and indeed got them to number one.

I've jealously kept hold of my original West End Girls 12" over the years especially as I'd noticed that it had never been re-released on CD or in digital formats.

Until now. I just noticed that there are two versions of their somewhat obscure and half-forgotten debut (though still not the one I've got!) on Spotify, where PSB are extremely well represented both with albums and singles. Enjoy the original West End Girls and an early version of  One More Chance here on Spotify - also available on digital download platforms.

Spotted on Spotify (an occasional series)


Over the next few weeks we'll be posting a number of reasons why we think Spotify is a totally wonderful thing and is not killing music at all, in fact it's making it more widely available for a reasonable amount of money, and artists are getting paid anyway so they should stop moaning.

Email ThisBlogThis!Share to TwitterShare to FacebookShare to Pinterest
Etichette: Spotify