Phil Collins - In The Air Tonight

I Love 1981 - No.2
Since Phil Collins' solo writing for the album Duke in 1980 Genesis drummer and vocalist's solo career had been almost inevitable. The album's Please Don't Ask and Misunderstanding were the blueprints to the woeful rock ballads which would dominate his first few albums, fuelled mostly by his evidently very painful separation and divorce from Mrs Collins.

In the Air Tonight (written in 1979) was a rather unusual affair however with a creepy haunting vocal over a creepy haunting drum machine (also used on Duke) and keyboard backing before famously, and appropriately, breaking into a massive crashing drum over half way through, carrying it all along nicely to the end. While it's hard to believe that a line like "If you told me you were drowning, I would not lend a hand" was aimed at his ex wife, it's an altogether powerful affair, certainly his most famous and perhaps his best song to date.

The ensuing debut album Face Value remains one of my 'guilty pleasures' with sloppy ballads like This Must Be Love and If Leaving me is Easy (that divorce again) fitting in nicely with the blues-y The Roof Is Leaking (B side to In the Air), a re-working of Behind the Lines from Duke and even a brave cover of The Beatles' (read John Lennon's..) Tomorrow Never Knows.

In the Air Tonight on Chart Stats
a 19:00 No comments:

The long awaited musical joint-venture between electro-pioneer and guru John Foxx and analogue synth collector and overall techno-anorak Benge finally starts to take (geometrical) shape with a new album announced for 21st March.
Interplay is the title of the album by John Foxx and The Maths, which looks and sounds very fresh and exciting indeed.
Last year's Maths' "single" release Destination b/w September Town was a pleasant enough taster, blending pure analogue warmth with Foxx's sturdy vocals, and now Evergreen - downloadable free with album pre-orders from Townsend - has a nice Spring-time feel to it, with a light synth-pop melody over a heavy bass line and Foxxy in fine form at the mike with a vocal sounding much like he did on mid-80s on tracks like Annexe and Young Man.

Like the music, the cover art by Jonathan Barnbrooke also hints at springtime with a colourful geometric flower shape (yes, also a bit like a 'maths' textbook) and is a welcome departure from Foxx's usual monochrome and darker album designs.

What better way to start the new I Love 1981 series than this seminal single by seminal eighties "group" Visage which finally hit the top 30 in January 1981.
Fade to Grey, penned by Ultravox's Billy Currie, Midge Ure and Tubeway Army/Gary Numan collaborator Chris Payne, was officially released in 1980, and was in fact Visage's second single, the first being Tar which failed to either set the charts alight or stop people from smoking. Group 'leader' Steve Strange merely put the voice and the,er, visage ("face" in French dontcha know) to the song making it into the 'new romantic' track par excellence. Famously he also claims to have had the idea for the French vocal (the words of the verse translated) which were done by one madamoiselle Brigitte Arendt, although our Midge reckons he thought of it first. So there.

Any road up, Devenir en Gris at the time achieved plenty of airplay and was a hit in the discos,

setting the trend for the new kind of dance music (and dancing, see right), and sweeping aside the likes of Chic, Gloria Gaynor, Ottowan et al, at least for the time being.

The single hung around the Top 40 for a couple of months despite there being no 'live' TOTP performance, which was more than made up for by the rather tasteful video which was shown a couple of times and sort of paved the way for many of its kind.
New styles, new shapes, new modes...let 1981 begin.

You've probably got Fade to Grey on a thousand 'eighties' compilation albums already but LiM strongly reccommends the debut Visage album to hear it in a more fitting context.
a 20:10 No comments:

After the successful and most enjoyable I Love 1980 series, due to popular demand Lost in Music's 30th anniversary celebrations of the eighties will continue with I Love 1981, the year when the eighties music ball really got rolling.
Look forward to the rise of the New Romantics, the return of Kraftwerk, the re-birth of The Human League, and the arrival of a whole bunch of new groups of pretty boys with "funny names".
Plus Britain in the grips of a harsh winter, social unrest, a Conservative government and a Royal wedding for the masses. Don't times change....?

Email ThisBlogThis!Share to TwitterShare to FacebookShare to Pinterest
Etichette: 1981, ilove1980

Another sad death on the same day as Mick Karn's premature passing.
Rafferty's music was a thousand miles away from the mostly post-punk stuff we were listening to at the end of the 70's, although 1978's Baker Street was an undoubtable classic and I even bought the 7" of Night Owl in 1979 which is wonderfully melancholy MOR ditty with some nifty guitar playing. I'm sure he wrote a lot of good songs besides those.


Some things I didn't know about Gerry Rafferty:
1. he was Scottish 2. his father was an alcoholic 3. he married a half-Italian 4. he was reluctant to play live 5. he was an alcoholic 6. he released an album in 2009.
source: wikipedia

Here's another one of his I've always quite liked:

I was upset to learn last night that Mick Karn had passed away, hopefully to a better life.
He had been ill for some time, and I am glad to have taken part in the recent "Nel cuore della Musica" fund-raising event for Mick and his family in Italy last September.

One of the things I remember most from the Japan concert I saw in 1983 was Mick's amazing bass playing and the way he glided around the stage like some kind of clock-work doll / robot... both extremely entertaining and a little disquieting at the same time. Much like his music.

Can't find too many words at the moment but here's just a selection of songs from Karn's chequered musical career that have given me pleasure in past years.

Canton (live) with Japan
She's Got Claws, with Gary Numan

After a Fashion, with Midge Ure
The Judgement is the Mirror, with Dali's Car: 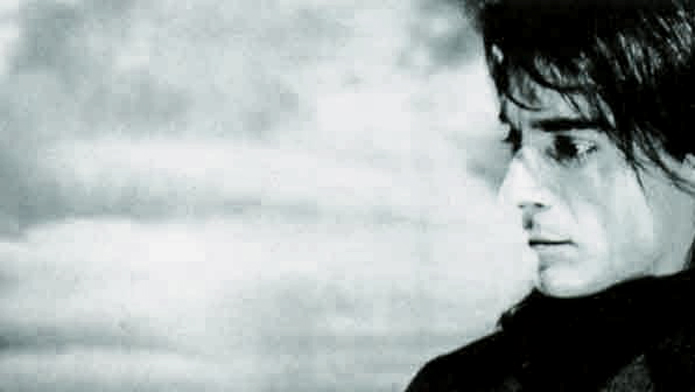