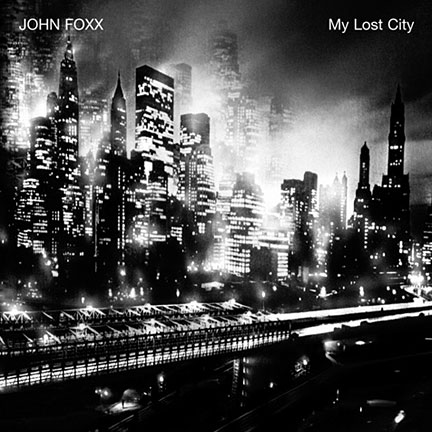 Metamatic.com has given details of a new John Foxx album to be issued on 23rd February 2009. Entitled My Lost City the album consists of instrumental pieces Foxx has been "quietly assembling" over the last few years.

Meanwhile, the highly anticipated collaboration between John Foxx and Robin Guthrie entitled Mirrorball is due to be released on Monday the 4th of May via Metamatic / Universal.
This is all in addition to the D'Agostino/Jansen collaboration 'A Secret Life' as previously announced on this blog.
a 13:24 No comments:

News coming through of long awaited collaboration between John Foxx and Steve Jansen. Looks like Steve D'Agsotino has taken it upon himself to dust the thing down and finish it off.

having met during their live performance in Brighton with Harold Budd, John Foxx invited steve to record tam-tams (gongs) for a potential collaborative release. the dark tones of the tam-tams created a bed for atmospherics and acoustic piano work to be added. due to various other commitments the release seemed to be shelved until steve d'agostino (keyboardist and recording engineer) took it upon himself to complete the work. release date is set for March through Metamatic/distributed by Universal and will be under the artist names D'Agostino/Foxx/Jansen.

Metamatic have not given any official announcement yet. 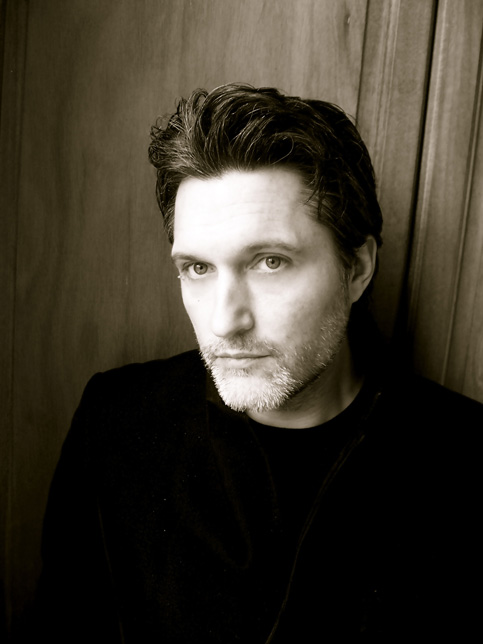 The Dignity of Noise A remix of The Human League's The Dignity of Labour pt. 3 has been issued as a 'B side' to a 7" single remix of Manicured Noise's 'Moscow 1980' . Listed as 'Fred Deakin's Impotent Fury mix' it has been issued in Ltd White Vinyl 7” (500) with unique artwork by Fred Deakin (Airside). Caroline True Records states there are 'a few copies left'.
Hear both here at last.fm .

The orginal version of The Human League's The Dignity of Labour can be heard on the Reproduction CD. This four part electronic instrumental 'suite', originally released as a 12" in 1979, is based loosely around Yuri Gagarin and the Russian space effort. Part 3 apparently "portrays the takeoff of the rocket".

I'd never heard of Manicured Noise before although apparently qualify as a lost band of the new wave era. Another reliable source states "The Manchester, England post punk band released two singles without an album to their credit (though a compilation was released years later). The band was fronted by Steven Walsh, formerly of Flowers Of Romance which also included at various times Sid Vicious (pre-Sex Pistols), Viv Albertine (pre-The Slits), Palmolive (pre-The Slits and The Raincoats) and Keith Levine (briefly The Clash and later, Public Image Ltd)." the band have a fairly healthy myspace page.

Found some really spiffing vintage pics of Liverpool popsters China Crisis in Gary Daly's photobucket account today, which he very kindly (although perhaps unwittingly?) has made available to the public!

Also some nice music on the band's myspace page including a version of Christian I'd never heard before and a new song Slow Houses which actually I think is Safe as Houses slowed down, hence the name.

Band member Gary Daly apart from being one of Britain's best musicians ever, is also a damn good artist and has a CD/postcard boxset "How to Live and Love your Life" available through Polite publisher of cards, books and art multiples based in Cheshire UK. (See Gary Daly performing Baghead Blues here.) His works will also be shown at Kirkby Gallery in Newtown Gardens, Kirkby, L32 8RR, Merseyside, from 23rd Feb - 10th May.

Old news already i know but in the hope it might get me a few more hits I'll post the news about Florian Schneider officially leaving Kraftwerk, leaving just Ralf Hütter from the original line-up.
The thing that always gets me when I have to think about single Kraftwerk members is that I can never really put a face to the name, as they are all fairly anonymous. I had to Google-image Florian Schneider in order to identify which one he actually is (see pic left, I think), although I didn't quite have the same success with Ralf Hütter which actually only gave me two pics of the man by himself and, confusingly, a picture of one of the others..Karl Bartos?...and another Ralf Hütter who is not the Ralf Hütter.
Still I suppose enigmatic was always a pretty strong feature of Kraftwerk and long may they go on as such. I imagine the band now have three new members replacing Schneider, Bartos and, umm, Wolfgang Flür but I've no idea what their names are.

Kraftwerk: always game for a laugh.

I'll start the New Year (that's 2009) by blowing my own trumpet as well as putting in a bit of publicity for a rather good fan site Motion & Heart dedicated to Orchestral Manoeuvres in the Dark (OMD) and their music.
The site, founde

d by Neil Taylor, has been running for several years now although since the end of last year has undergone a rather spiffing facelift making it rather more attractive and up-to-date. A lot of work is still very much 'in progress' although most links will take you to the old site as appropriate. The media section is particularly good.
My contribution so far has been to write some album reviews, starting with the eponymous OMITD debut and Organisation, both originally issued in 1980. See the links to read my write-ups (under the MemberD moniker..). Very personal views of course and perhaps I could've gone into more detail but I don't want to bore anyone.

But just to get you in the mood here's the Wirral's finest way back when in the video for their second single Red Frame/White Light locked away in the vaults for almost 30 years before finally resurfacing in the Messages : Greatest Hits CD/DVD package last year: