Yes - Going For the One

Haven't had a bottom for a bit, and what better place to look for one than the Hipgnosis back catalogue, as they seem to have been quite partial to the odd bottom. 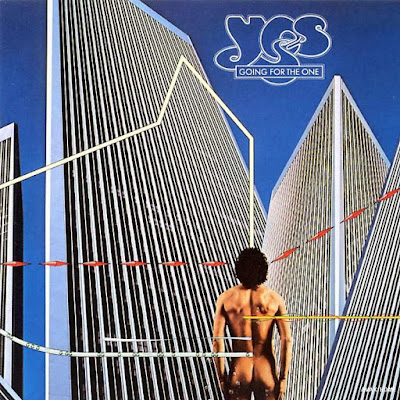 Released in 1977, Going for the One is the eighth studio album by the UK prog super group Yes. The album marks the return of their original keyboard wizard, Rick Wakeman who had left last time because he couldn't get on with the others.
After many successive and famous album covers with Roger Dean, Yes contacted Storm Thorgerson’s and Aubrey Powell’s design group Hipgnosis to create artwork for their new album. As well as a very handsome male bottom, the album cover features the facades of the Century Plaza Towers in Los Angeles, also known as the Twin Towers - not be confused with New York's Twin Towers which aren't there anymore.

Going for the One is one of Yes' best known albums, not least as it contained a couple of their few hit singles, namely Wonderous Stories and the album title track. European (but not prudish UK) releases also used the bottom for the single sleeves. 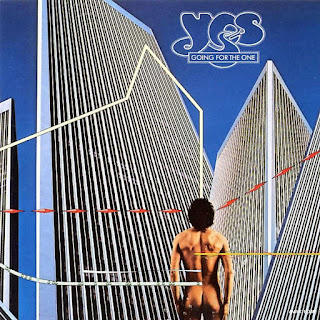 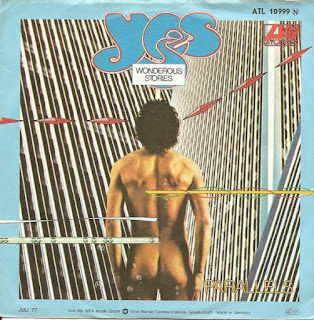 Spotted on Spotify: The Man Who Fell To Earth Soundtrack

Exactly the kind of thing Spotify is good for, and worth paying a monthly subscription for! ie. something you're interested in hearing but don't really want to shell out the cash for .. and it's Bowie related.. It's the soundtrack to The Man Who Fell To Earth, 1976 film starring Bowie although the music is not by him at all. It's by - quote: "John Phillips of The Mamas & The Papas fame (who composed specifically for the film), and Stomu Yamash’ta" unquote.


Not sure if it's any good, and to be honest I've always struggled a bit with the film itself, so let's see if the music stands up by itself. You can buy the 2xCD now andin November there will be a deluxe 2CD/2LP  but in the meantime, listen here!