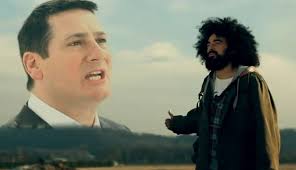 Mamma mia.... Not quite sure how this very odd collaboration came about, but here's Spandau Ballet's Tony Hadley crooning along on the latest single by Italian pseudo-hippy singer Caparezza "Goodbye Malinconia".
Stick with it to see our Tony doing a nifty bit of truck-driving t'ords the end. (thanks to A Welshie in Italy for the tip-off) 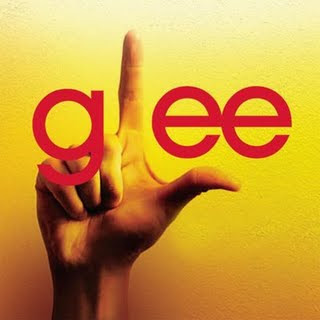 Almost 30 years after its original release The Human League's classic 80's track 'Don't You Want Me' has been given a new lease of life thanks to popular TV show Glee. The song was featured in "Blame it on the Alcohol", the latest episode of the show, famous for cover versions of classic songs from the past, broadcast this week in the US. As a result the original version, which was the Christmas number in 1 in 1981, has now shot to no. 5 in the US i-tunes chart.

The revival coincides nicely with the release of the band's latest album Credo set to go out on 21st March, with a new single Never Let Me Go also to be released in March, although neither in the US. A spokesperson for the group has stated however that the album "will not be available domestically in the US or on I-Tunes in the US until such time as we have secured a domestic label for the record in that territory."
Don't they want it?

OMD recently announced this as the winner of their video competition for their new single History of Modern (Part 1). It's a lovely piece of start/stop animation with quite a few OMD references dropped in here and there (how many can you spot readers?.

I also quite like this effort which came in as a sort of 'runner-up'. Sort of reminds me of some of the amateur dramatic "performances" I've been involved in of late and good to see some whacky youngsters doing their take on OMD's music, in their totally modern IKEA style living room.
Dance along if you will.

The Human League - Boys and Girls

I Love 1981 - pt. 4
Apologies in advance if you'll be reading quie a lot about this band in the I Love 1981 series, although actually it was really was The Human League's year so it can't be avoided.
We start off with their first 'post split' single Boys and Girls, which - oooh the irony - didn't feature the newly recruited girls at all, except for the front cover and a few publicity shots. Male exploitation of female as marketing tool? Well, maybe, but Phil & Adrian's discovery of Susanne Sully and Joanne Catherall at a Sheffiled disco ("they were dressed as Gary Numan or something") turned out to be the boys' best move since leaving their day jobs.

The song is still very much 'old style' gritty analogue electronic fayre and rooted in the more industrial Travelogue sound (you'll find it on the CD re-issue in fact). It had been premièred on the tour at the end of 1980 and it was decided to release it as single (also in nifty limited edition gatefold sleeve, fact fans) as the band were still pretty broke and owed Virgin quite a lot of money.
It still failed to become the Top 10 smash hit that Oakey still hankered after however, reaching only no. 48. Boys and Girls a pretty weird affair: sort of a sing-song chorus and clever clever verse but you couldn't really dance to it and, to my knowledge, was played only by John Peel (possibly Kid Jensen ) on the radio (I know, I stayed up late one night and taped it and the spooky Tom Baker B-side off Peely). But it was still a necessary and vital stepping stone towards better things .. better watch the calendar-y-aaar. 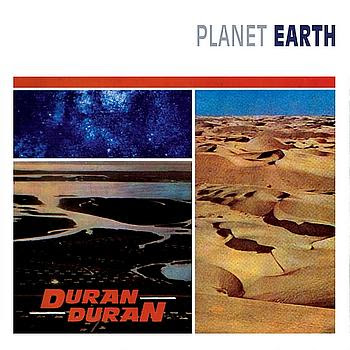 I Love 1981 - pt. 3
Although relative latecomers to the "new romantic" hit-makers clique, after Spandau Ballet, Visage, Ure-Vox et al, Duran Duran were always poised to become one the biggest sensations of 1981 and indeed for much of the decade and beyond. After undergoing many Beatles-esque personell changes, the band first got on to the intercity from Brum to London in 1979 to make their first demo tapes for EMI. Simon Le Bon soon ousted the dourly named Andy Wickett as lead vocalist in 1980 (although Stephen Duffy was famously their first vocalist) and thus the Duran Duran formation as we know it was born.
Much clubbing and a support slot to Hazel O'Connor ensued before they finally got round to recording their material proper in London in December 1980. "I remember two things about recording "Planet Earth". Staying in a horrible hotel in Fulham where I got very sick, and John Lennon dying", recalls John Taylor.
Planet Earth as a single finally saw the light of day in February 1981. Although Duran Duran were already causing quite a stir with a full page feature in NME and Richard Skinner Radio 1

sessions, bizarrely Duran's first scheduled television appearance on Feb 24th was cancelled because of Prince Charles and Lady Diana's engagement announcement (Princess Di would confess her love of the group some years later). On Feb 27 Noel Edmonds' Multi-Coloured Swap Shop broadcast a performance of Friends of Mine and Girls on Film. By the time they finally made it to TOTP, boosting Planet Earth's trajectory into the charts, they had already begun their first national tour.

Wherever they performed, be it on Cheggers Plays Pop or at Leicester Polytechnic, frilly blouses, sorry, shirts and floppy fringes abounded with Le Bon's flamboyant style as lead vocalist perhaps slightly giving them the edge over the rather more dour rivals Spandau Ballet.

Oh yes, the track itself was also good too, with it's well-balanced mix of proper guitars (including John's bass much to the fore) and rock-drums, with Nick Rhodes' electronics sweeping to and fro to make it sound 'modern'. It also had the catchy 'bah-bah-bahh-bah bah bah bah-baaahh' sing-along bit which made it excellent radio, club and live gig fodder, and the line "I saw you making patterns rhyme like.... some New Romantic looking for the TV sound" was at once an auto-celebration and a tongue-in-cheek stab at the genre.

That said, the single reached a relatively modest no. 12 in the charts, held back by such significant top-tenners as Shakin' Stevens, Kim Wilde and, er, Tony Capstick And The Carlton Main Frickley Colliery Band. The follow up single Careless Memories fared even less well, just scraping into the Top 40 in May.
But there were even better times to come...

..and talking of bands that were-famous-in-the-eighties-and-are-now-making-a-comeback, Mr. Greene Gartside aka Scritti Politti is back on the modern music scene with a couple of new tracks and a compilation album of past recordings just to show us how good and massively underrated Scritti were back then.

Gartside (né Paul Julian Strohmeyer, pic. left) started the band in the late 70s as a kind of radical left-wing collective (their name probably inspired by Antonio Gramsci's Scritti Politici) and in 1978 released their first single "Skunk Skank Bologna" (named after the notoriously left-wing Italian city where student protest etc were talking place) on their own "St Pancras" label. Skunk was much favoured by John Peel on his late night radio show and the band soon got a deal with Rough Trade.
After initial success on the independent scene (playing alongside bands like Gang of Four, Joy Division, etc.) Gartside suffered from panic attacks and the like and had to withdraw from the music scene, only to return in '81 with the more mellow sounds of "The Sweetest Girl" and the "Songs to Remember" album the following year.
An even more radical change in sound and style came with the more US-funky-cum-synth-based sounds of Wood Beez, Absolute and The Word Girl in the mid eighties, all going Top 20, and the album Cupid & Psyche wich reached number 5 in 1985. Success at last for good-lookin' Gartside and assorted pals.

1988's Provision fared less well, although "Oh Patti (Don't Feel Sorry For Loverboy)" from said album remains one of their best known songs. Mixed fortunes followed with a minor hit in "She's a Woman" in 1991 before fading into oblivion as 80's has-beens, although Gartside has continued to write and record since then.

The new compilation - aptly named Absolute - features the cracking new song "A Day Late And A Dollar Short" as well as one other new song 'A Place We Both Belong’ and a collection of past hits and misses. Check out
the rather good unofficial SP website bibbly-o-thek for more details and a short history of the early days here.
Absolute will be available from the usual places from Feb 28th.

Scritti Politti - A Day Late and a Dollar Short
a 14:02 No comments: 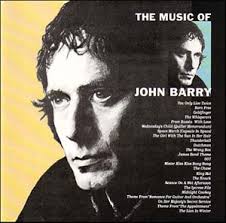 It alsmost escaped LiM's attention that film soundtrack composer John Barry passed away a few days ago. He was 77 years old.
Although most noted for his work on James Bond film themes, including the instantly recognisable 007 'riff' (as re-purposed in Duran Duran's View to a Kill, for example) Barry was apparently also a pioneer in using synthesizers alongside the proper orchestra in his compositions, as in the 1969's On Her Majesty's Secret Service. He continued writing film scores right up until Enigma in 2001.

He also composed many TV themes including this brilliant one for 70's cult-series The Persuaders!, featuring a lead faux(?)-harpsichord and a lovely moogy bass line along with balalaikas and strings. Still gives me the shivers a bit but it's unmistakeable. Thankyou Mr Barry.

Some exciting electro-music albums coming up soon with at least four promising albums waiting in the wings:

As already mentioned here godfather-of-electro John Foxx's latest analogue project with Benge (pic. left) takes the form of the first John Foxx & The Maths album Interplay, to be released on 21st March. There's now an official site here and also a remix competition for opening track Shatterproof here. Initial copies ordered from Townsend will be in special deluxe digi-packs. Previewed tracks find Foxx on fine form, still going strong since his Ultravox! days which began way back in 1976.
(Meanwhile we are still waiting for the much needed Metamatic official site makeover). 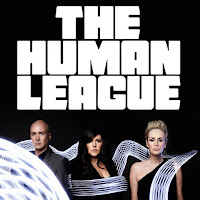 Sheffield electro-gurus The Human League are also back on the scene. After the long awaited new single Night People, which received mixed opinions and reviews, the new album Credo should be out in March. It's their first since 2001's Secrets and comes some 32 years after The Human League's first long-player Reproduction.
As usual, the band have kept a low internet-profile up to now although an official site has sprung up here and an official Facebook page too.
Live dates continue through Europe and (bizarrely) South America in March and April. 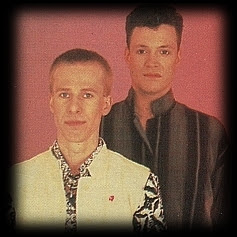 Blackburn duo Blancmange are also re-emerging from the murky depths of the mid-eighties with the brand new Blanc Burn set for release on 7th March. See their myspace page for previews, tour dates and order details. The oddball Lancashire couple released three albums between 1982 and 1985, hitting the singles charts with songs like Living On the Ceiling, Blind Vision and a tongue-in-cheek cover of Abba's The Day Before You Came. It'll be interesting to see what they've come up with this time.


It's not all electro-wrinklies tho as new band Mirrors from Brighton are set to release their debut album Lights & Offerings on February 28th. Check out preview tracks on their myspace page and follow the links to order. It's also worth taking some time to read their excellent blog The World of Mirrors if you can.
I may have posted this before but here's their excellent Look At Me from last year.

PS this post was mostly written just to remind myself of how much stuff I have to order.
a 10:49 No comments: