Bottoms on sleeves no. 8

Not so much bottom but for of thigh and leg on this one although these is a hint of a pair of buttocks on this most unusual and controversial of Hipgnosis sleeves. 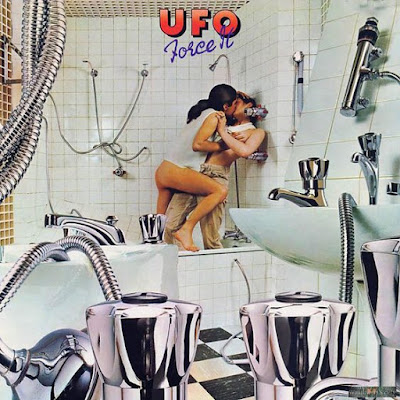 I know nothing about the record, or indeed about the band, other than it was published in 1975 and was their fourth studio album. It didn't chart and neither did it spawn any hit singles although according to allmusic, songwriters Schenker and Moff were finally finding 'their groove' on this one and "the group launches itself wholeheartedly toward the hard rock direction that would make them stars". Fair enough.

Anyway we're more concerned with the cover here and to that end there are one or two interesting points. Firstly, wiki would have us believe that the bathroom twosome on the cover are couple Genesis P. Orridge and Cosey Fanni Tutti, a pair of scamps indeed who got up to all kinds of controversial tricks in the 70s (and beyond) with their COUM Transmissions "performance art" project. We haven't found evidence or confirmation that it is actually them although given that they got up to much bawdier tricks than just posing half naked in a bath back then, one wouldn't put it past them. Orridge and Tutti also formed their own band Throbbing Gristle with Chris Carter in 1975.

Second point of note is that those prudish USA people had to publish their own version of the album cover in which the couple are basically invisible, a nice piece of early photoshopping, which probably took about a month to do in those days. Plenty of 'force-its' still on display though. 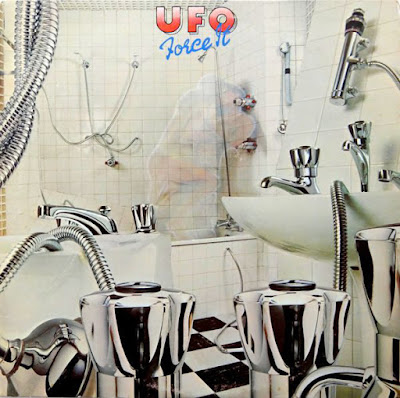 Force It was remastered and re-issued in 2007 - you can listen to it here.