From Station to Earth 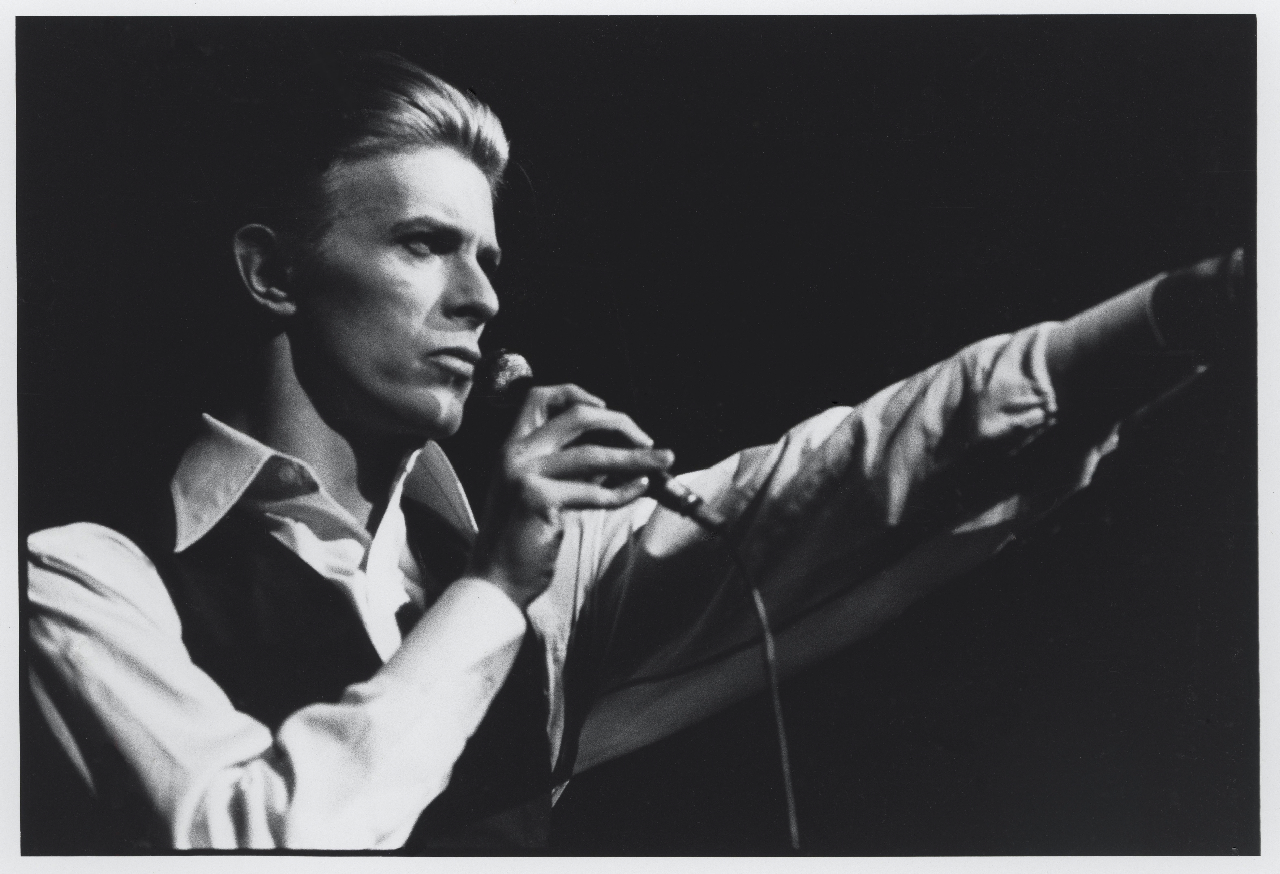 Well it's the mid-70s and Bowie, now The Thin White Duke, continues his cocaine-fuelled L.A./U.S. trip (pun intended) and proceeds to record his tenth studio album Station to Station. He was also working on the movie The Man Who Fell To Earth, Nicholas Roeg's film interpretation of the sci-fi novel by Walter Trevis, with Bowie acting and attempting to write a soundtrack in his L.A. home. But perhaps more about the movie anon, cos I haven't seen it for years.

The soundtrack idea was however abandoned and thus Station to Station came about. Or at least that's what seems to have happened since our David was so off his head all of the time that he remembers practically nothing of the period ("I know it was in LA because I've read it was"). Apparently it was at this time however that he started to take an interest in Krautrock, especially Kraftwerk, although to be honest not a lot of that transpires on this album.

Station to Station is however very much a transition (transit?) album, taking us out of the US soul Golden Years are still firmly rooted the "plastic soul" of Young Americans. The cover of the 50's song Wild is the Wind is my fave Bowie vocal performance to date. 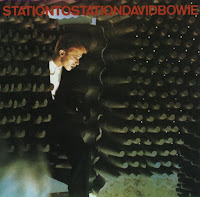 dance fix and back towards a more European, nay Mittel-Europa, phase. The title track itself is two songs joined together at the hip, with a very much more European feel, whereas tracks like the hit
A memorable live tour followed, for which Bowie had originally wanted Kraftwerk as support band. Sadly, this never happened for technical reasons. 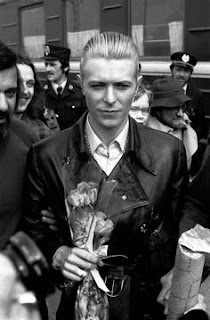 The period is also notorious for Bowie's alleged penchant for all things Nazi, culminating in an apparent "nazi salute" to a crowd of fans on his arrival at Victoria Station in London in May 1976. Among the crowd was a young Gary Numan (né Webb), who also denied said gesture.  "All you need is some dickhead at a music paper or whatever to make an issue out it ...." said Bowie, which is exactly what the NME did.

Station to Station has recently been issued in a special triple CD set - original album remastered plus the legendary Nassau concert. Get it.